Following an announcement on Sept 30 2009, Nexus friend grapher shut down permanently on Oct 7 2009. We had many users, and we thank them for talking about Nexus.

Nexus launched in October 2007; a few early testers knew it as Friend Atlas before a friend came up with the better name. Nexus generated over 500,000 friend graphs for 84,000 users. We shut down Nexus because it was devouring disk space, memory, bandwidth, and sysadmin/maintainence time. It was also a niche tool and we didn't really know where to go with it.

Some Nexus friend graphs saved and annotated by users 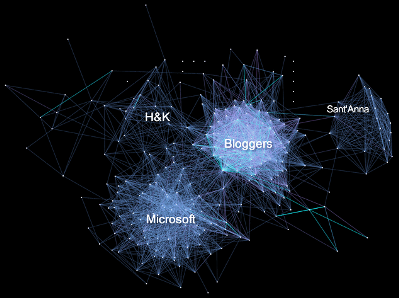 Video of Nexus in action

(Thanks to Max Kiesler for recording it.)

Nexus was written using Python and JavaScript in 2007, but the code grew organically and is low quality: there is no test coverage and it is tightly coupled. In 2009, you could get Nexus running in a day or two, but the Facebook API has probably changed too much at this point.